“Study hard what interests you the most in the most undisciplined, irreverent and original manner possible”

As a deeply confused and somewhat optimistic sophomore, I was in a habit of taking witty quotes more seriously than most. The one above, for example, has guided how I have went about studying Machine Learning and related topics for the last two years or so. Then again, as a chemical engineering major in an Indian college with a tragically rigid curriculum, I didn’t have much of a choice.

Fast forward a couple of years and after a few online courses, couple of hackathons, two GSoCs and fair bit of hustle, I will be joining the data science team at a great startup doing interesting work. What I have achieved is pretty ordinary; there are people out there doing truly amazing stuff! But I believe there’s a lesson to be learnt from my journey nevertheless.

A lot of things went wrong during the last two years. But things eventually got better because my ‘what’ (get good at data science and ML) was being driven by a solid ‘why’. Now this idea of ‘why’ being important might seem obvious to some but to most it’s not. In my case, it was a great TED talk by Simon Sinek which made me think really hard among other things. 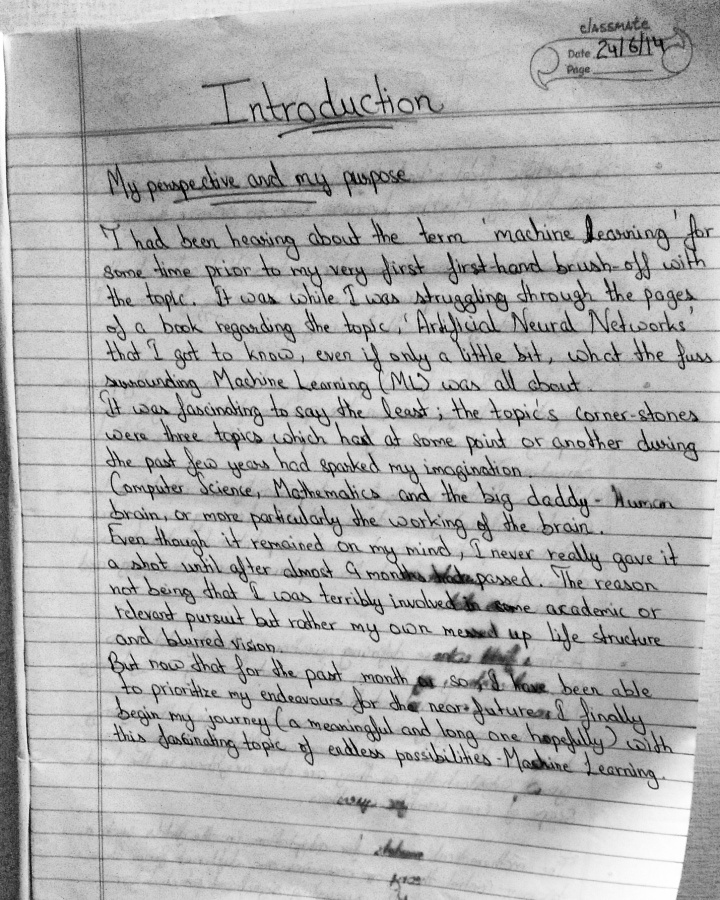 As a deeply confused and somewhat optimistic engineering graduate, I am still in a habit of taking witty quotes more seriously than most. It has served me well so far.